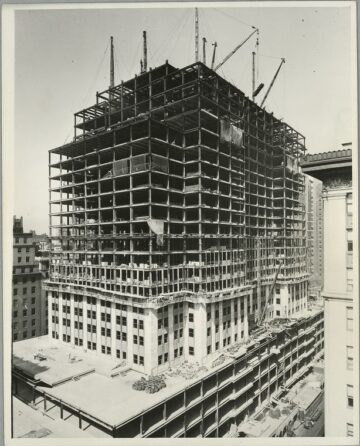 This 102 story art deco building was designed by Shrev, Lamb and Harmon. The design was changed 15 times until it was ensured to be the tallest in the world.  William F. Lamb presented the completed architectural design in just two weeks.  This was due to using the firms’ earlier designs for the Reynolds Building in Winston-Salem, NC, as the basis. The tower was designed top-down due to the 1916 zoning act, which forced Lamb to design a structure incorporating setbacks.  This resulted in the lower floors being larger than the upper.

The original plan was to start construction on October 24th. However, the New York Stock Exchange suffered a sudden crash marking the beginning of the decade-long Great Depression. Raskob refused to cancel the project, despite the economy, because of the progress that had been made up to that point. Luckily for the project, neither Raskob nor Smith suffered financially in the crash. Most of the investors, however, were affected, and as a result, in December 1929, Empire State Inc. obtained a $27.5 million loan from Metropolitan Life Insurance Company so construction could begin. Although there was no demand for office space, due to the financial crash, the team began construction. If they had not, the project would have resulted in greater losses for the investors. This just goes to show that projects can still, successfully, get off the ground, even in a financial downturn. 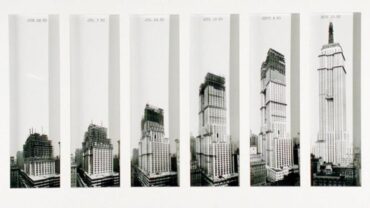 Now, as far as the construction itself: A structural steel contract was awarded on January 12th, 1930, with the excavation of the site beginning ten days later on January 22nd.  Back to the true non-union conditions of it all; Two twelve-hour shifts, consisting of 300 men each, worked continuously to dig the 55-foot foundation. Small pier holes were sunk into the ground to house the concrete footings that would support the steelwork. Construction on the building itself started on March 17th, with the builders placing the first steel columns on the completed footings before the rest of the footings had been finished. Four colossal columns, intended for installation in the center of the building site, were delivered; they would support a combined 10,000,000 pounds when the building was finished! 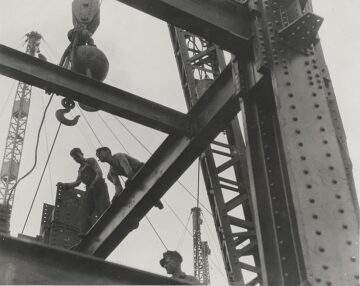 From there, construction proceeded at a rapid pace; during one stretch of 10 working days, the builders erected fourteen floors. This was made possible through precise coordination of the building’s planning, as well as the mass production of common materials such as windows and spandrels.  The scale of the project was massive, with trucks carrying 16,000 partition tiles, 5,000 bags of cement, 450 cubic yards of sand, and 300 bags of lime arriving at the construction site every day.  The team also had to get crafty in sourcing materials, which, due to the economic climate, had become hard to find.  The marble, for example, ended up being sourced from Germany in order to get the required look.

The team made some interesting decisions to cut time and make sure their laborers were taken care of. Cafes and concession stands on five of the incomplete floors (so workers did not have to descend to the ground level to eat lunch) and temporary water taps were installed (so labor would not have to go to ground level to buy bottles of water). Carts (running on a small railway system) transported materials from the basement storage to elevators, to another set of tracks on the desired floors—thus expediting getting materials to the numerous levels. 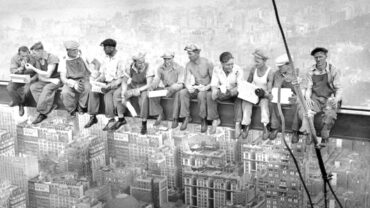 While construction progressed, the final designs for the floors were being designed from the ground up (as opposed to the general design, which had been from the roof down). Some of the levels were still undergoing final approval, with several orders placed within an hour of a plan being finalized. The Empire State Building was structurally completed on April 11th, 1931, twelve days ahead of schedule and 410 days after construction commenced. Al Smith shot the final rivet, which was made of solid gold.

The project involved more than 3,500 workers at its peak, including 3,439 on a single day, August 14th, 1930. Many of the workers were Irish and Italian immigrants, with a sizable minority of Mohawk ironworkers from the Kahnawake reserve near Montreal. According to official accounts, five workers died during the construction. This was long before the days of safety plans and OSHA. As we can clearly see by the many photos that were taken, rigging was NOT something seen as an importance in those days.

The Empire State Building cost $40,948,900 to build, including the demolition of the Waldorf–Astoria (equivalent to $628,673,504.32 today). This was nearly $20k lower than the $60 million budgeted for construction. Imagine being able to value engineer THAT much of a savings for your owners!? That said, due to the financial crash, the owners did not make a profit on the building until the early 1950s

So much about the building of the Empire State Building resonates with much of what we – as contractors – are still dealing with 89 years later. We can learn that, despite any financial hardships, great structures can be built and history made.